My grandfather’s fate after the fall of Singapore had always been unclear. Recently I found out that the University of Melbourne Archive (UMA) had digitized their collection of Australian Red Cross (ARC) POW World War II enquiry cards. These cards were used to record requests for information, usually by family members in Australia, as to the whereabouts of prisoners of war.

It can be tricky to find the best place to search the card collection. The cards are owned by UMA. After digitization the collection became searchable via the Library repository. To get some background:

Here is a link to Cecil’s ‘Missing, Wounded and Prisoner of War Enquiry Card‘. For convenience I’ve copied a section of it below.

The information on the cards is very condensed so the UMA provides a list of the most common abbreviations.

From the card we can see that Cecil was a civilian, the enquiry came via the NSW branch of the ARC, and that he was initially in the Changi Camp before being transferred to the Enemy Civilian Internment Camp at Sime Road. The ‘next of kin box’ shows Lily’s contact address as 1290 Pacific Highway, Turramurra. Cecil is said to have been 51 years old, although I believe he was 49 at the time. His occupation is ‘merchant’ which is suitably vague. During the 1930s he was managing a tin mine at Panang but he was a certified accountant and had been involved in various commercial activities.

10-3-42 Cecil’s address is given as 15 Nunes Building, Malacca Street, Singapore. These photos from 1982 show the Nunes Building past its prime but in its day it was in an important commercial hub. To gain an impression of what the area was like during the 1950s I can recommend Naffi’s Reminisces of Dad, 1952-1960. This card entry mentions that Lily is willing to contribute to the cost of the cable. I wonder how much it was.

2-4-42 a cable is sent to Geneva requesting information.

14-6-43 List CC12 advises Tokyo cables: interned in Changi. The mention of ‘mining engineer’ is plausible. In 1931 Cecil became a member of American Institute of Mining and Metallurgical Engineers. Looks like NSW ARC checked this detail with Lily as initially his occupation was given as ‘merchant’.

6-12-44 a cable advises that Cecil had been transferred from Changi to the Civilian Internment Camp at Sime Road.

19-3-47 no further information available so the case is closed.

In the meantime the war in the Pacific had ended in August 1945 so presumably Cecil was released soon after then. Cecil appears to have been incarcerated for a total of 3 1/2 years, from the fall of Singapore in February 1942 until its liberation in September 1945.

And here is a listing for Cecil on the FEPOW website.

To get our old HP printer to work at home I need to configure it as a network printer with a fixed IP address. Entering the IP into the printer using its control panel is tricky if you don’t have instructions to follow. Here are some:

Here it is from somewhere else: 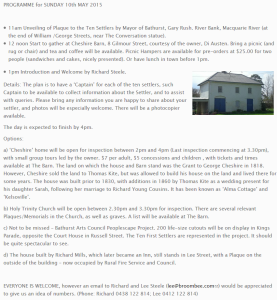