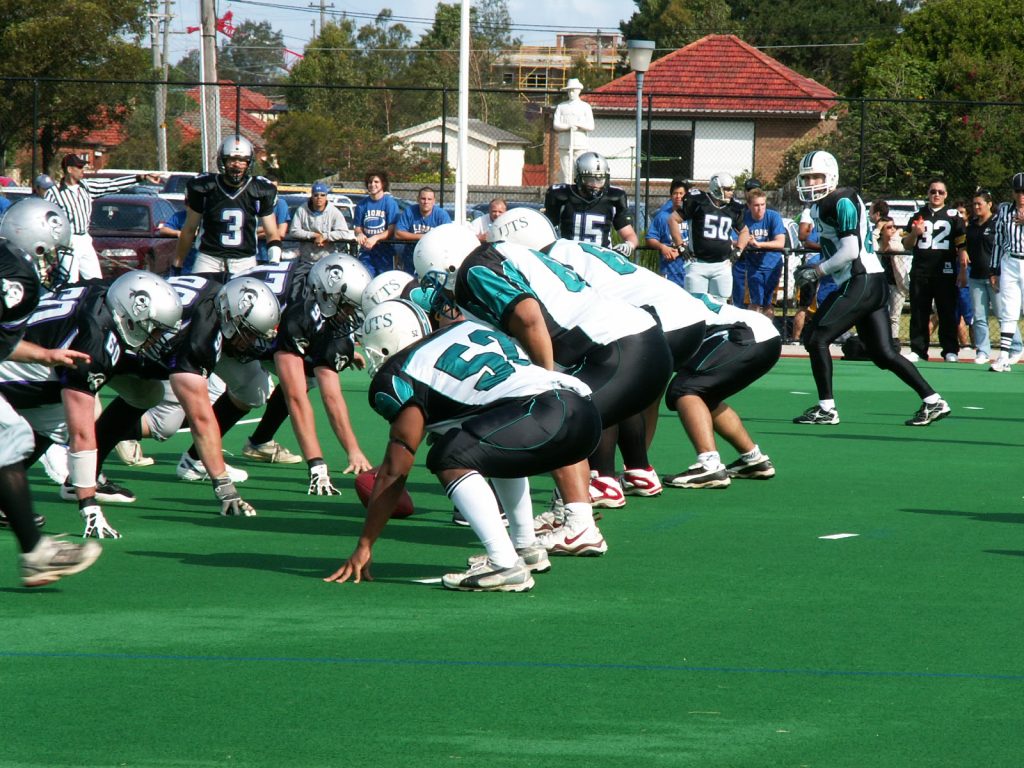 It’s hard to know what the statue of the digger in the RSL club makes of it all.

The boys and I also went to this semi-final. A close-fought match. I’ve included more info with some photos.

Last night we all went to the St George Hockey Centre to watch a game of American Football (Gridiron) between UTS and the Bondi Raiders. It was a really enjoyable evening. The venue was excellent. The ‘Kyeemagh RSL and Community Club’ has behind it a good quality synthetic-surfaced hockey field owned by the St George Randwick Hockey Club. The field is also marked to play American Football.

The street address is 1 Tancred Ave which google maps, and others, says is down near the corner with General Holmes Drive, but it is actually at the other end next to the hockey field. This is obvious on the map below.

We’d never seen a live game before. Callum and Conrad play Madden and Callum is a fan of the Kansas City Chiefs so he watches replays via their website. I was a bit worried that the quality of play would be really low in a local game after the boys were used to watching world-class athletes on the screen. But the quality and level of skills was excellent.

UTS got off to a slow start and after the first quarter we thought that the Raiders might beat them easily. The UTS team seemed younger and lighter and looked like they might get smashed. But as the game progressed UTS gained in confidence. In the fourth quarter Bondi made three bad handing errors which resulted in 3 UTS touch-downs. I think the final score was 37-18. Callum can probably add some more details.

Something totally unexpected was that Barbara met a guy she used to work with years ago. He, Roger, and his mate, Eric, are both big fans of the game and we spent most of the evening with them. Roger and Barbara talking about the good old days. Eric, the boys and me throwing around a football. We swapped phone numbers and plan to meet up again at other games.