I was going to go play video games this evening but the more I think about this story, the more I want to talk about it right now.

Meet Christian bigots and hypocrites Nick and Sarah Jensen from Australia. These Jesus-smile-wearing committed Christians have children together and have been married for ten years. 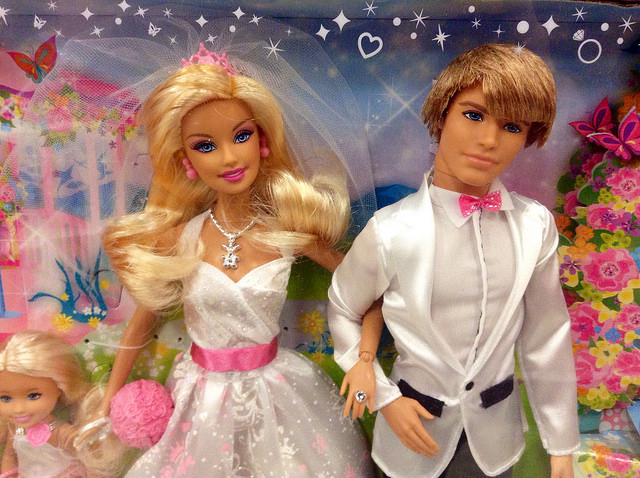 They recently told their local news site that if equal marriage laws pass in their country, they’re prepared to get a divorce in protest. No, really. I guess it might be an elaborate troll attempt, but it seems to be on the level. You’ve seen children throwing tantrums in supermarkets who are less petulant and nasty-sounding than these two. Of course, they’ve stated that they don’t intend to actually live separately; they’ll still cohabit, probably have more kids, and continue to refer to themselves as spouses and consider themselves “married by the Church and before God,” which I seem to remember was exactly the excuse lobbed by at least one Christian hypocrite who wanted to commit adultery and get away with it in busybody-laden Christian communities: he was “spiritually married” to his mistress, so it was okay. What the Jensens would be giving up is only Australia’s benefits for married couples.

Hey, don’t ask them to actually sacrifice anything.

They’re so upset about other people having the same rights they do that if those people get those rights, they’ll take their ball and go home. If they’re not the most super-specialest kids on the playground, they don’t want to be there at all. If the club lets everybody in, they don’t want to be members anymore.

And I imagine it was a huge shock to them when nobody really gave two shits what they thought of other people’s rights or marriages and only mocked them for their childish demand.

After Australians stopped laughing long enough to draw a breath, headlines emerged like “Same-Sex Couple Threaten Not to Give a Shit if Other Couple Divorces,” pointing out that the Jensens sound like they have a pretty weak and flimsy marriage in the first place if they’re this ready to dissolve it:

It’s truly surprising that they expect other people to give the slightest shit about their relationship when clearly they don’t. If you’re willing to throw away your ten year marriage because a bit of legislation you don’t like passed maybe the thing you’re really unhappy about is your terrible marriage.

Reactions haven’t been much better outside their country. New Zealanders openly called them “pathetic, ignorant plonkers.” Even the Christian Gospel Herald has carefully avoided saying too much either way.

Other folks pointed out that under Australian law, the Jensens might not be able to qualify for a divorce anyway since part of Australia’s divorce laws include that the couple has to separate in every way, including cohabitation, for 12 months beforehand. The ROYGBIV link includes this absolutely classic assessment:

According to ABC Australia, the couple won’t be able to actually break their marriage for a dumb-ass reason such as “we don’t like other people doing stuff” because Australian law dictates that a divorced couple must have no plans to continue cohabitation and the Jensens have clearly stated that once they’re divorced they’ll still stay together, live together, and raise their kids together.

Of course, they could always lie to the courts about their intentions. They’re already getting divorced, which is a sin, and planning to cohabit, which is a sin, and showing hatred for their neighbors, which is a bigtime sin. What’s one more sin added to the heap they’re already committing? Lying would be the least of their problems. Luckily, their country takes marriage way more seriously than these two hypocrites do, and it seems like their citizens certainly know better than to deny people civil rights just because a pair of outraged bigots threaten to hold their breath till they turn blue.

I can’t speak definitively for Australia, but in America at least, churches don’t actually get any say in civil marriage law because churches don’t actually make a marriage legal or illegal. All they can do is have the pretty ceremony to Jesus-fy the union. Their ministers have to qualify to be legally able to join two people in marriage, but they are not automatically qualified. And the union is not official with the state unless a qualified officiant signs the license and files it with the appropriate agencies. In fact, churches don’t give out licenses, sign them on their own recognizance, or keep them on file. From my limited research, Australia works much the same way: secular laws and the government itself decides who can get married, licenses officiants, and keeps track of the licenses. So when these two nitwitted bigots chirp that they will be “married by the Church and before God,” it’s doubly hilarious because they don’t seem to realize that their church and god have nothing to do with their marriage’s legality and status. I had a Christian boyfriend try that same stunt in high school to get laid, and it didn’t work for him either. Churches have historically taken a very dim view of Christians cohabiting and sexing each other up without legal sanction to do so. Even churches don’t go in for that lunacy.

One does wonder if extremely bigoted churches prefer couples having non-marital sex over putting up with equal marriage, but ultimately, the Jensens have to commit to one or the other sin, don’t they? Either they have non-legally-sanctioned sexytimes and get a divorce, which are both totally sins, or they stay married but have to put up with people they don’t like getting the same rights they have, which would actually be exactly in keeping with their Bible’s direct and unequivocal commands straight from the mouth of Jesus himself (bonus “covenant” bullshit from a Christian site analyzing the one loophole Jesus offered: infidelity). But those commands are totally boring and hard to keep, so most Christians consider them optional in daily life, which is why they eat shellfish and wear mixed fibers but condemn gay people, and come up with mind-bending convolutions of illogic to explain why those difficult commands were optional but the ones bashing gay people are totes for forever and ever.

The commands about divorce have always been deeply problematic in our age of free-will marriages and divorces, and the Christians who are the most upset about equal marriage seem to be the ones who divorce at the drop of a hat for a variety of reasons. But woe betide a minister who preaches about the immorality of divorce! He wouldn’t have much of a congregation left if he pressed too hard on that topic. His flocks would rather hear about the motes in other people’s eyes than the beams in their own. The serious hypocrisy of Christians who are totally fine with divorce while condemning equal marriage has gotten infrequent attention from Christians themselves, but nothing serious enough to change anything in the culture.

In the end, the Jensens have ironically demonstrated just how little they take their marriage vows seriously when they’re willing to throw it away over a temper-tantrum over other people getting civil rights.

They love marriage so much they are willing to threaten to end their ten-year marriage over other people getting married.

They love Jesus so much they’re willing to ignore and flout several direct commands he gave his followers.

That’s a level of hypocrisy that even I have to admire for its sheer scope, completeness, and artless ignorance.

And it’s another demonstration of why Christianity is failing and deserves to do so.

On the plus side, though, this threat is likely just another game of “chicken” played by Christian zealots; they’ve never been that good about follow-through on their various scams and schemes. I’m betting if we check back in with the Jensens in a year, we’ll find they’re still married and still seething over not being the most-specialest kids on their little playground.